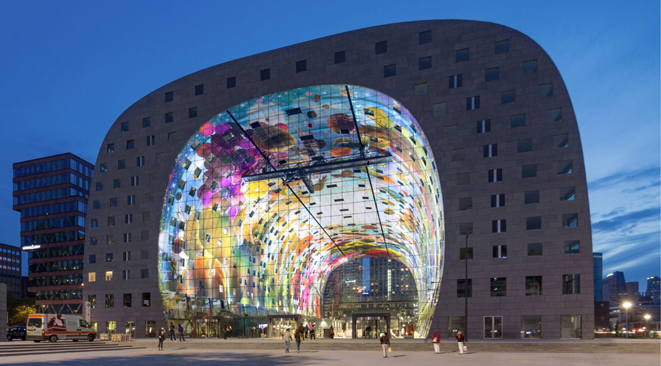 A year since opening, the spectacular Market Hall in Rotterdam has thrived and been admired by people all over the world.  Designed by architecture office MVRDV, the imposing curve sits in the heart of the city and consists of 96 fresh produce stalls. 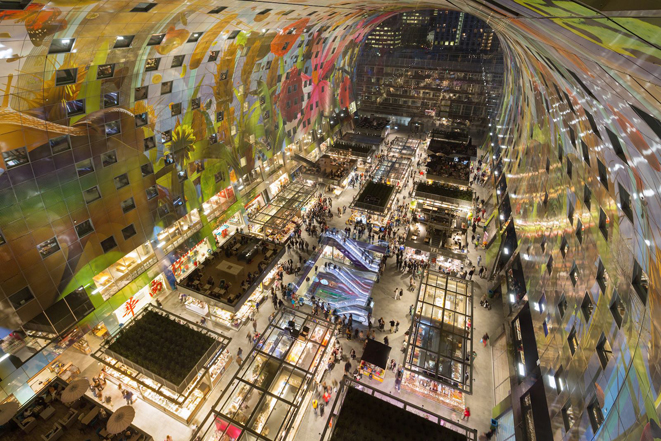 The development has 228 high-end apartments, including 24 penthouses, each with its own view into the vast fresh produce hall. 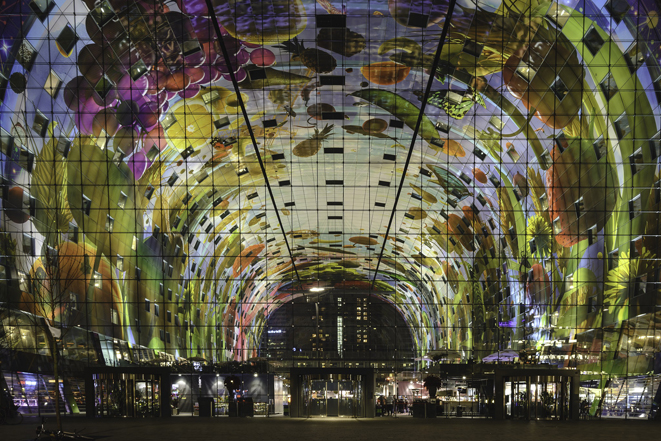 The structure is clad with a grey stone and has a mural designed by artists, Arno Coenen and Iris Roskam. The Mural is printed onto perforated aluminium panels and covers the underside of the arch. 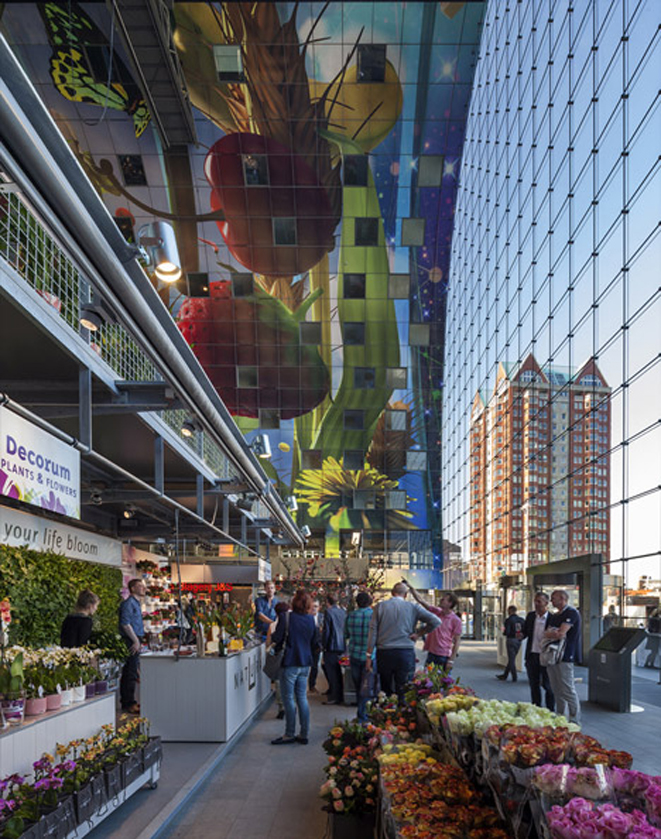 There is a great expanse of glazing, fixed with steel cables at either end of the building that protect the market from inclement weather, this is the largest façade of its kind in Europe. 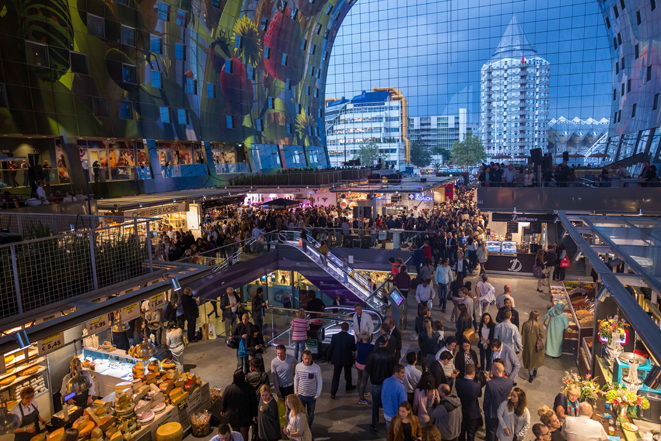 The psychedelic building took 5 years to construct and was built around an ethos; to accommodate local organic produce as well as international based vendors. From Dutch to Chinese goods, the market hall celebrates worldwide cuisine and is titled Rotterdam’s largest weekly open-air food market hall. ‘A sistine chapel of fresh produce’ (Wainwright, 2014).